RESEARCH FOCUSED ON FINDING THE ROOT CAUSES OF VIOLENCE AND TERRORISM IN SEARCH FOR SOLUTIONS.

Many of our Presidential fellows and faculty continue on to pursue impactful, diverse careers with skills they cultivate through their work with TCV and the University. 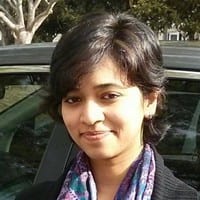 Dr. Janani Balaji worked with the TCV as a fellow from 2012 to 2016.  She graduated with a Ph.D. from Georgia State in 2016. Since then, she has been working as a Data Scientist at CareerBuilder. 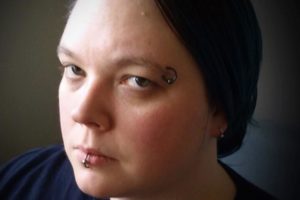 Betus’ research interests include prejudice formation, the impact of perpetrator identity on perceptions of terrorism, radicalization, deradicalization, and member recruitment and retention in extremist groups.

She has also spent time working in the private sector as a Market Analyst.  Betus is a member of the American Society of Criminology, the Association for Psychological Science and the Society for Social and Personality Psychology.

Kearns, E., Betus, A., Lemieux, A. (2017, March 13) Yes, the media do underreport some terrorist attacks. Just not the ones most people think of.  The Washington Post. 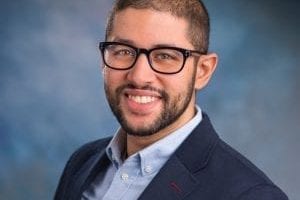 Kareem El Damanhoury is an Assistant Professor position with The University of Denver Department of Media, Film and Journalism Studies. His research focuses on visual communication, international/intercultural communication, and media and conflict. El Damanhoury also works as a freelance journalist with CNN International and has covered news stories in the U.S. and abroad.

He has co-authored a book, Proto-state Media Systems: Al-Qaeda and ISIS as Exemplars with Oxford University Press forthcoming in 2021, and is under contract to produce Photographic Warfare: ISIS, Egypt and the Online Battle for Sinai with the University of Georgia Press. 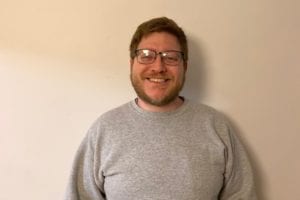 Dicker was a Presidential Fellow from 2015 to 2017. His research interests include argumentation, anti-Semitism, visual rhetoric, social movements, and terrorism.

He also previously worked for the Quality Enhancement Plan at Wiley College where he implemented curricula utilizing academic debate as a conflict resolution and educational tool.  He’s a current member of the  National Communication Association (NCA), the Rhetoric Society of America (RSA), and the Southern States Communication Association (SSCA). 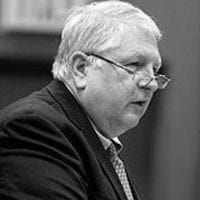 Michael Jablonski is an attorney and author.  He is pursuing his Ph.D. in Communication. He is the author of the book The Real Cyber War: The Political Economy of Internet Freedom with Dr. Shawn Powers. The book won the ISA International Communication (ICOMM) Best Book Award in 2017. 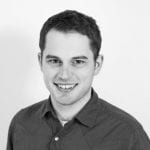 Wojciech Kaczkowski is an Evaluation Fellow at the Centers for Disease Control and Prevention in Atlanta. He earned his P.hD. in Community psychology in 2020. His work focuses on violence prevention.

As a Presidential Fellow, his work looked at the use of images of children in Islamic State propaganda, the qualitative analysis of first-hand narratives of sexual violence perpetration, and the bystander intervention in situations involving sexual aggression. Kaczkowski worked on a MINERVA-granted project to investigate the Pathways of Child Mobilization into Violent Extremist Organizations.

Research interests focus on social and cultural factors that contribute to the development of violent behaviors and attitudes. Specifically, he is interested in examining risk and protective factors for gender-based violence and radicalization into violent extremism, as well as the relationship between these two forms of violent behavior.

Kaczkowski, W., Lokmanoglu, A., Winkler, C. 2020 “Definitions matter: a comparison of the global terrorism database and the US governmental reports of terrorist incidents in Western Europe, 2002-2016” Cambridge Review of International Affairs, 1-18

Winkler, C., El-Damanhoury, K., Dicker, A., Luu, Y., Kaczkowski, W, N El-Karhili 2020. “Considering the military-media nexus from the perspective of competing groups: the case of ISIS and al-Qaeda in the Arabian Peninsula” Dynamics of Asymmetric Conflict 13 (1), 3-23 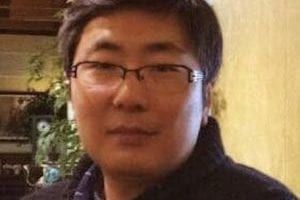 Sanghoon Lee received his Ph.D degree in Computer Science from Georgia State University in 2016.  He was a TCV fellow in 2015.  He is currently working as a postdoctoral fellow at Emory University School of Medicine. He has published papers to Cell, Nature Sci. Report, and Cancer Research as well as many branches of IEEE and ACM. His research interests include machine learning, deep learning, data mining and information retrieval.

Following her work as a Postdoctoral Research Fellow in terrorism and media research at Georgia State, Dr. Weeda Mehran accepted a position as a faculty member with the The University of Exeter.

Dr. Mehran was a 2018 VoxPol visiting scholar at Dublin City University where she conducted research on extremists’ media strategies. Her research takes a multidisciplinary approach to studying propaganda campaign across a number of extremists groups such as Taliban, the Islamic State, Al Qaeda, Tahrik-e Taliban of Pakistan and Lashkar-e Taiba.

Mehran has worked with a number of organizations such as Afghanistan Independent Human Rights Commission, Afghanistan Public Policy Research, Free and Fair Election Foundation of Afghanistan, Integrity Watch Afghanistan, Afghanistan Research, Evaluation Unit, and a number of UN organizations (e.g. UNWomen, UNDP).  She has written numerous policy reports on issues in Afghanistan.  She worked as a visiting scholar at the Institute for Peace Research and Security Policy in 2016, Hamburg University.  Mehran also served as Supervisor in the Department of Politics at the University of Cambridge.

Mehran is fluent in Persian, speaks advanced Pashtu and French, as well as intermediate German and basic Arabic. She has working knowledge of STATA, SPSS, R, Gephi, Ucinet, LIWC, and NVivo.

Shawn Powers is the Acting Chief Strategy Officer with the U.S. Agency for Global Media.  He formerly served as the Executive Director of the United States Advisory Commission on Public Diplomacy.  During his time at Georgia State, Dr. Powers worked with the TCV and served as Assistant Professor of Communication. His research, as exemplified by his book, The Real Cyber War: A Political Economy of Internet Freedom [with Michael Jablonski] (U. of Illinois Press, 2015), specializes in international political communication with particular attention to the geopolitics of information and technology policy. Dr. Powers co-led the University’s European Union and British Council funded project on Civic Approaches to Religious Conflict. He also directed the Center for Global Information Studies and served on the Board of Advisors for the U.S. Advisory Commission on Public Diplomacy. The British Foreign Council, the U.S. Institute of Peace, the Open Society Foundation, the U.S. Department of State, the World Bank, and the Knight Foundation have supported his research.

As a Presidential Fellow with the TCV Initiative, El Karhili examined best practices for Muslim NGOs.  Her research focuses on international political communication with particular attention to communications’ strategies countering violent extremist narratives. She is also interested in intercultural communication with specific application to the Middle East.

El Karhili was a Presidential Fellow for the EU-funded Civic Approaches to Religious Conflict and Violence project.  She also serves as Project Manager with the American Turkish Friendship Council.  El Karhili is fluent in Arabic, French, and English. In 2014, she won Thesis of the Year at her alma mater, the University of Louisiana at Lafayette. 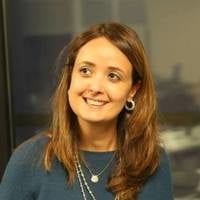 Dr. Houda Abadi is the founder and executive director of Transformative Peace, a consulting firm that specializes in inclusive peace processes; women, peace and security; human rights-based approaches in preventing violent extremism; and civic engagement. Dr. Abadi earned her Ph.D. in Political Communication and Media Studies from Georgia State University. She was a 2013-2014 Transcultural Conflict and Violence Presidential Fellow.

Dr. Abadi joined The Carter Center in June 2014 as Associate Director of the Conflict Resolution Program. For the first two years at the Carter Center, Dr. Abadi worked on Syria and the Israel-Palestine conflict. During that time, she developed what is now the Inclusive Approaches to Preventing Violent Extremism Project. 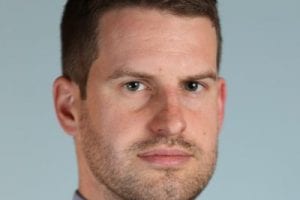 Dr. Veilleux-Lepage is an Assistant Professor with the Institute of Security and Global Affairs at Leiden University.

He worked previously as a Senior Researcher in the Transcultural Conflict and Violence Initiative.  Here, he worked on Department of Defense-funded projects analyzing online extremist discourse and media products produced by extremist groups.

Dr. Veilleux-Lepage’s new book How Terror Evolves: The Emergence and Spread of Terrorist Techniques was published in 2019 by Rowman and Littlefield International. Veilleux-Lepage has recently secured a Canadian Network for Research on Terrorism, Security, and Society major research grant in collaboration with Dr. Barbara Perry.

His research interests include the creation of online narratives and propaganda which fosters or normalizes terrorism; historical antecedents to terrorism; far-right extremism and the transnational links of far-right groups; ideological and technical diffusion, and the application of evolutionary theory to social sciences. Prior to undertaking his doctoral studies, Dr. Veilleux-Lepage worked as a senior intelligence analyst specializing in international terrorism and emerging threats for the Government of Canada.

Daniel Snook is completing his Ph.D. in Community Psychology studying the psychology of terrorism. His research framework is a mix of applied social and community psychology. He worked primarily with Dr. John Horgan and the Violent Extremism Research Group (VERG). He focus is on social cognition related to intergroup threat, violence, and terrorism and Americans’ judgments and decision-making related to terrorism and the role intergroup threat and motivated social cognition play in far-right terrorism.

Snook was selected as a recipient of the American Psychological Foundation’s 2020-2021 scholarship by the Council of Graduate Departments of Psychology (COGDOP). His work includes conducting research on issues of measurement in the psychology of religion, the psychology of religious conversion, and the influence of crisis on identity transformation and intergroup violence.  He has experience working with more than 15 program evaluations and is currently evaluating countering violent extremism programs and homelessness interventions.

He teaches Research Design and Analysis, a junior-level research methods and statistics course in the psychology department.  He also has worked in the non-profit sector as a research analyst.  His expertise includes data analysis and reporting, including mass data management using Excel, SPSS, MPlus and MaxQDA.